« Frankenstein » by Mary Shelley: « (…) Sorrow only increased with knowledge. » 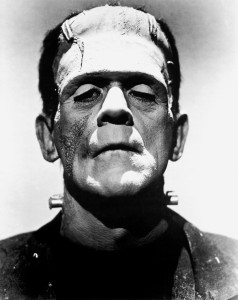 One of the most canonical gothic (and romantic) novel, Frankenstein by Mary Shelley has become, over the decades, a pop icon. It is now sadly best known as a horror movie’s character and a freak of nature that captures popular imagination and haunts modern fictions. At the beginning of 2014, an umpteenth adaptation of the novel (more exactly of a comic book derived from it) in the form of a thriller (a futuristic dystopia), « I, Frankenstein », was released, and panned by critics.